>To say Dr. Rajendra Mehta, M.D., will travel the globe to maintain his reputation as one of the top interventional cardiologist researchers in the world is to put it lightly.

Not only does the head of Jackson Cardiology Associates split his weeks between his practice across from Allegiance Health and the Duke Clinical Research Institute in Durham, N.C., he has trips lined up to Brazil, Paris and India this year for fieldwork that will attempt to improve patient care in a branch of cardiology that focuses specifically on catheter-based treatment of structural heart diseases.

As Mehta, puts it, interventional cardiology “started with fixing blockages, like a plumbing job, but now it has moved onto much more advanced practices” where doctors are inserting valves and closing holes in the heart.

One of the ways more advanced practices are being developed is through the clinical trials of doctors like Mehta, who has been published regularly in some of the classiest medical journals in his field since he joined Duke’s research team six-and-a-half years ago.

He has gone from humble beginnings of growing up in the small town of Gujarat, India to being on speed-dial for cardiologists across the planet, but Christopher B. Granger, M.D. — a colleague at Duke Clinical Research Institute — said one of Mehta’s greatest assets in research is his ability to be a team player and downplay his own individual success.

“One of the great characteristics of Raj and his research is he is very generous and although he’s passionate, some researchers want to control everything and want to do things on their own and Raj is a team player,” he said. “He wants to support the group at all times.”

His research in layman’s terms
Mehta specializes in research that aim to answer very specific cardiology questions that arise during the patient care process but have not been adequately probed into for one reason or another. 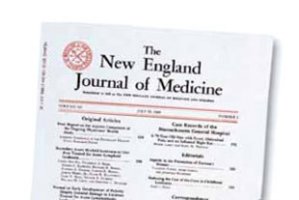 He said the first step is to search literature and “huge international databases” he has access to at Duke. If no satisfactory answer appears for the distinct situation he has encountered then he starts hypothesizing and tossing around ideas with peers.

“If we don’t have any of the information we are looking for we prospectively study people with (a specific) disease. So we gather with other investigators and say, ‘Look, this is a disease thing and what we should do is kind of design a common followed protocol and collect information in a systematic way on these people and go down this path,’” he said.

A recent study he conducted focused on the correlation between a patient’s level of education and his or her outcomes following a heart attack.

“Essentially, I wanted to see if education level is associated with good or bad outcomes,” Mehta said. “My hypothesis was if you are less educated you’re more likely to not follow up, to not pay attention to secondary prevention measures like quitting smoking and how to take your drugs properly. Other things which are often missed, you know, are people who are less educated have less money, less or no insurance — and all of those things go hand in hand.”

In an article that was published in the Journal of the American College of Cardiology in January, Mehta and colleagues reported that in a survey of more than 11,000 victims of a serious type of heart attack classified as a STEMI, educational levels were vital to longevity of life following the heart attack.

Mehta found patients with less than eight years of schooling were four to 13 times more likely to die or suffer a nonfatal stroke within 30 days after their heart attack, compared to those with more than 16 years of education.

Mehta admits getting published, “takes a stroke of luck” but more often that not it takes a willingness to recognize holes that exist in past research and working with peers to fine-tune a study as it develops.

Granger, who has co-authored over 20 research articles with Mehta, said very few doctors reach the level of validation that Mehta has.

“These are the cream of the crop, the very highest level of journals that Raj gets in and they only take a very small percent of the studies that are submitted to them,” Granger said. “There are a few key elements to being successful that Raj personifies. Those include passion, energy, intellectual capacity and insight and teamwork.”

A passion for the people
Mehta admits it is rewarding to collaborate on cutting-edge research with other top cardiologists around the world and it is a dream come true for a doctor “who simply wanted to improve patient practices” and save lives.

“I wanted to join full-time private practice and just say hell with research and all, but Duke felt that basically I had invested too much in research and I would do much better,” he said. “Now I have done this for almost six-and-a-half years and it’s gone very well as far as I’m concerned.”

He went to medical school at the University of Bombay in India and became more interested in becoming a heart specialist when he trained at the Cleveland Clinic, which has an established heart center.

His focus on hearts took him to the University of Michigan, where he trained and eventually worked from 1998-2004.

He said Duke offered him full-time work when he finished training there in 2004, but he still wanted to do hands-on work in addition to clinical studies.

Not far from his home in Ann Arbor, and with an opportunity to collaborate with doctors at Allegiance Health, Jackson Cardiology Associates was an ideal spot for him.

“This dichotomy where I focus on clinical medicine here one week allows me to do all kinds of procedures without any limitations in the sense I can decide what I can do and can’t do,” he said. “But the research is also unbelievable. Patient care is absolutely important and that’s what many of us went into medicine for.”

Granger said Mehta’s enthusiasm for dealing with one-on-one cases, while also conducting research, is considered wise practice in the profession.

“Most of us believe to be the most successful at clinical research you also need to be a clinician, you need to be taking care of patients,” he said. “That gives you both the insight as well as the credibility when you are addressing questions about improving patient care.”
—–
As published in the May issue of Jackson Magazine

I am what you think I am — a journalist. Actually when I was hired at my current job, which by the way is Sports Editor of the Hillsdale Daily News in Hillsdale, Mich., I applied for a position titled "Wordsmith", so at my best I'll call myself a writer attempting to be a wordsmith extraordinaire.
View all posts by rjwalters »
« >Michigan State head coach Tom Izzo talks about his frustration with the NCAA, Mateen Cleaves and trading texts with the Cavs owner
>Albion High School participating in program through which students can earn scholarship money to attend University of Toledo »